As the center of US west coast culture and the home to Hollywood, GAO RFID is proud to serve Los Angeles, California. With a population of more than 4 million, Los Angeles has got it all. Whether that’s culture, technology, finance, or commerce, the City of Angels is an experience you won’t find anywhere else in the United States.

When one thinks Los Angeles, the first thing that might pop into their heads is the entertainment industry.  This is where so many of Hollywood’s biggest companies headquartered. With movie studios set up across the cityscape, property maintenance and management is high priority. RFID systems for radio and television broadcasting maximize oversight in facilities like studios and similar settings. Delve into GAO’s Parking Control System which can help monitor vehicles on your premises, restrict access to more sensitive zones, and employ GAO’s Tag and Reader system to control entrances and exits.

LA also runs the biggest port on the west coast of the United States, accommodating container shipments and cruise ships. Prominent in the world’s economy and with major cultural significance, these ports are perfect for GAO’s line of tags and readers which have been used to streamline logistics while maximizing security. The Asset Tracking System from GAO tracks imports and exports in real-time, is easily accessible from any browser, and provides the user the chance to segment groups of product according to different branches of your business.

Outside of its influence in international trade and entertainment, you’ll also find numerous brands in financial services, telecommunications, law, healthcare, and technology set up here. All of these facilities carry major revenues and require the utmost in security. GAO’s Access Control System is absolutely perfect in application here. With millions of dollars of product and services flowing through these spaces on a daily basis, a management wants to be able to control entrance permissions, restrict access when necessary, and monitor the movement of users in unobtrusive ways.

Los Angeles is easily the West Coast’s most multicultural city, with nearly half the population being Hispanic or Latino and the remainder being made of predominantly Caucasian, African-Americans, and Asians. LA’s a major destination for cultural beauty and peace among backgrounds. It’s the home of some of the world’s biggest players in film such as Paramount Pictures and 20th Century Fox, it’s got premiere educational institutions like the University of California and the University of Southern California, and LA’s a city with more than a dozen sports franchises including the Dodgers and the Angels in baseball, the Rams and the Chargers in football, the Lakers and the Clippers in basketball, and the Kings and the Ducks in hockey.

With so many different applications for RFID technologies in these brands’ facilities and elsewhere across the greater LA metropolitan area, it’s no wonder GAO is such a trusted name in Los Angeles, California. For a free consultation that’s personalized to your unique business needs, don’t hesitate to contact a certified RFID professional today. 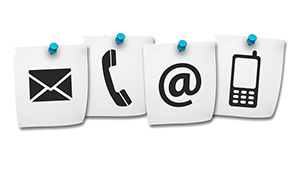 Would you like to know more
about how RFID can help you save time and money? Please contact us and one
of our experienced sales staff would be more than happy to answer all your
questions!
Contact Us

Find out about sale items, new items and more